AND INTERACTIVE AI LIGHTING WITH TWO HUGE VIDEO WALLS WERE JUST SOME OF THE ELEMENTS OF THIS AMAZING PROJECT! 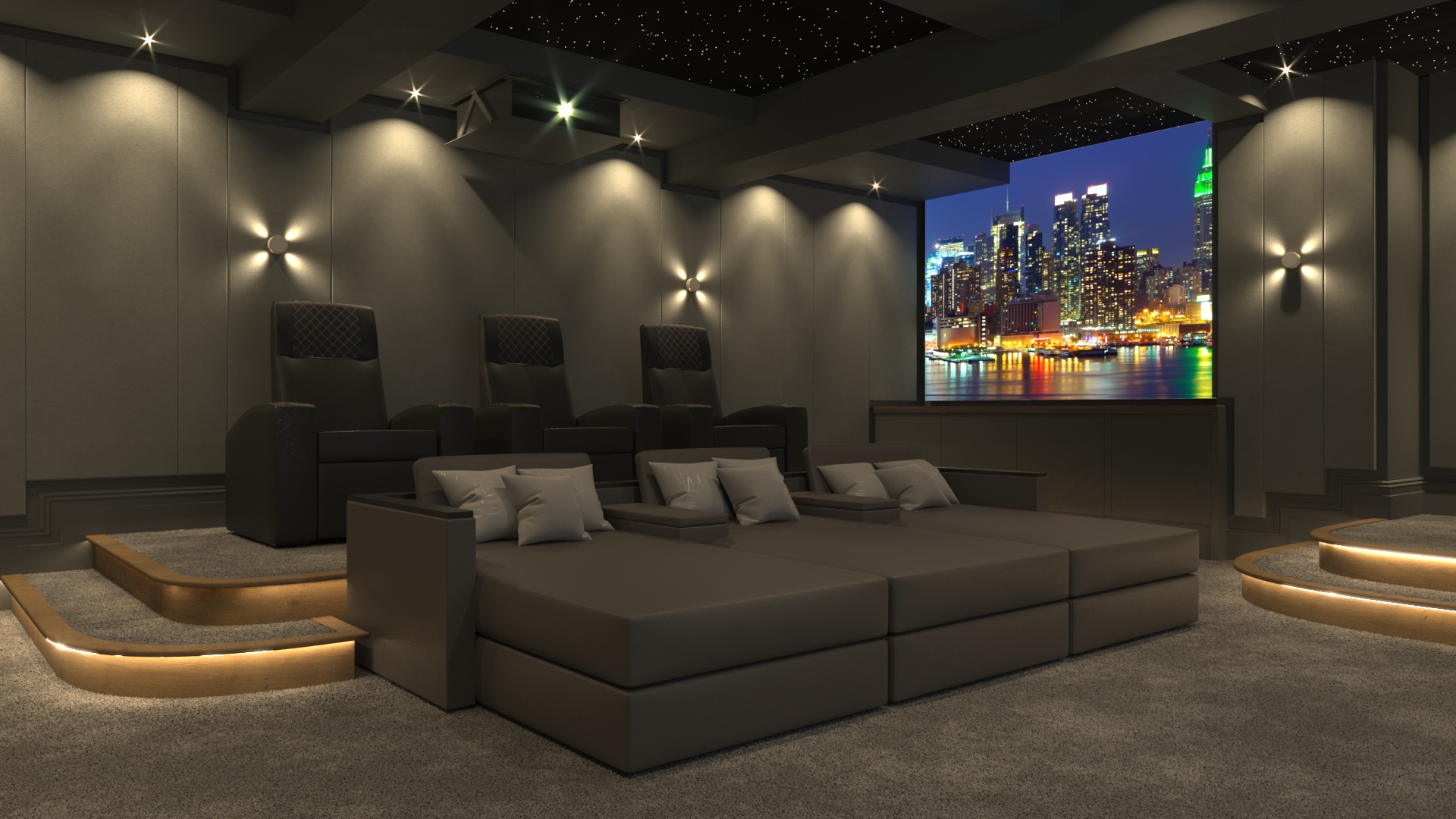 We were approached by a supplier when a client purchased this new home and needed some support.

After solving initial issues with the Crestron home automation system, which was down to poor programming, we went on to discuss the clients need to refurbish the whole home.

Starting with the Home Cinema we added a new Barco Medea Projector along with a MadVR image processor, Acurus ACT4 20 Channel AV processor and working with the existing Pro Audio Technologies speakers we reconfigured the set up and added a few additional speakers and amplifiers to give the client a new 9.4.6 Reference Dolby Atmos system.

With the whole house going under a complete remodel the Kitchen had a technology makeover where we added an 85" Sony OLED TV with a 5.2.2 Stealth Acoustic invisible speaker system to deliver a high quality invisible sound system to this stunning new room.

A Gaming Room was build for the children where another 85"OLED TV was used along with a customised Leon Sound-bar speaker which was build to fit to the TV while delivering amazing sound quality, accompanied by another 4 speakers and two subwoofers to deliver an immersive Dolby Atmos 5.2.2 set up.

An Entertainment Space was also designed to create an area to host events, watching sport, family gatherings or full on nightclub modes were all required for this room.

Using a Poet server content was created which would adapt and self create new lighting art scenes without the need of further human intervention!

KV2 Audio were selected for their amazing point source sound systems which have been featured in many amazing nightclubs all over the world including recent upgrades to Amnesia in Ibiza.

READY TO DISCUSS YOUR PROJECT IN MORE DETAIL?

While Cinemas & Control Ltd operate mainly in the South of England serving clients in London and the Home Counties, we do have installation teams that allow for us to operate anywhere in the UK. We have even completed installations for clients in Spain, Portugal and France.

With careful planning, the right product specification and our preventative maintenance and support we firmly believe that location is not an issue no matter where you are based.

To discuss your project in more detail.